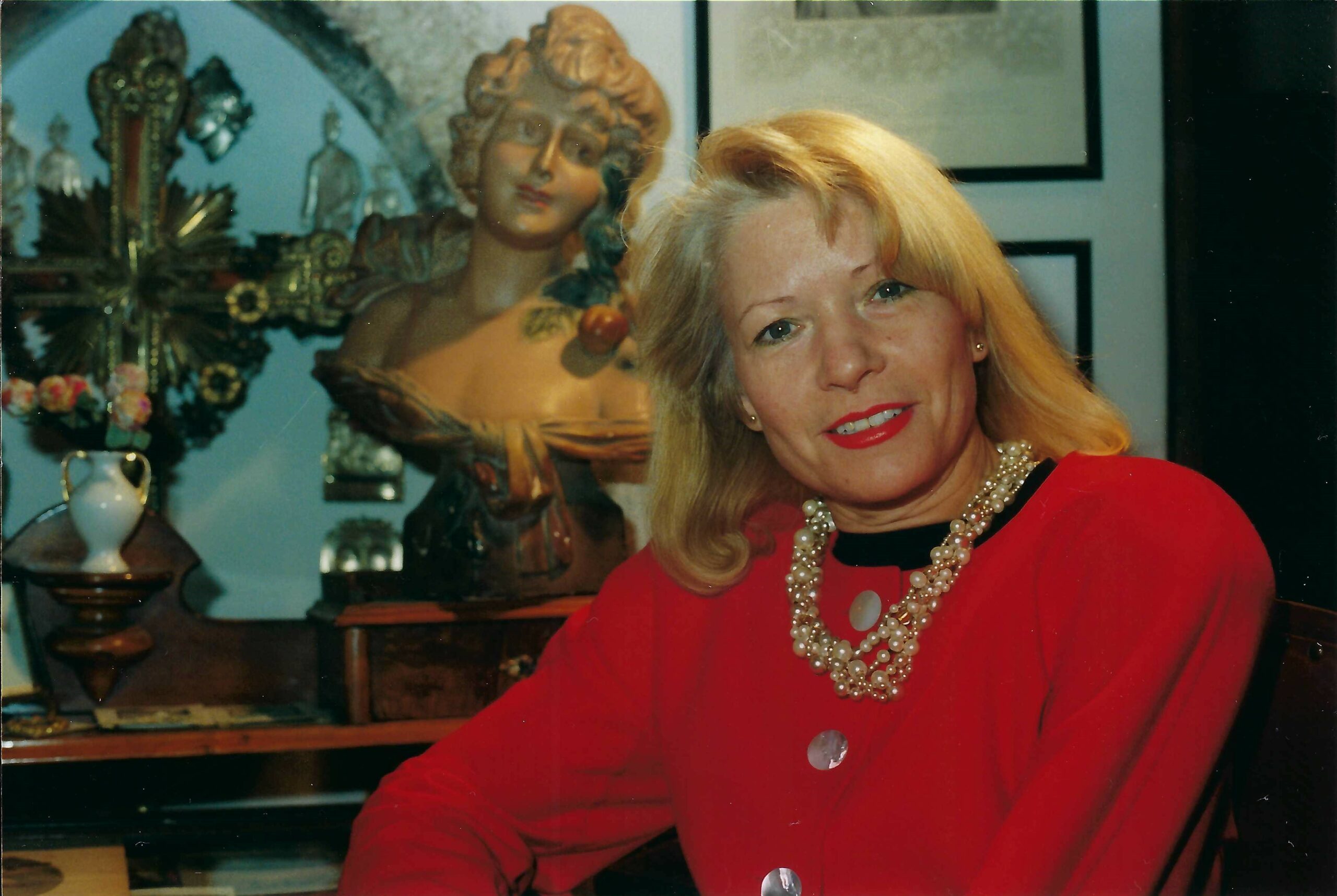 History of the women’s museum

Evelyn Ortner (1944-1997), born in Vorarlberg/Austria, is the foundress of the Women’s Museum in Merano. The story of her own life is closely linked to the concept of the museum.

Already at the age of 17 she captured a passion for collecting items. When she moved to Merano in 1968, she soon started to get vigorously involved in the cultural life of the city. By opening the first second hand shop in South Tyrol, she has drawn much attention of the entire region to herself.

Under the Arcades of Merano, Lauben no. 68, she rented rooms in 1988 and exhibited her private collection as a so-called „Kleines Museum für Kleid und Tand” (Small Museum of Dress and Trumpery). In 1993, she legalized the private museum by an association, the so-called „Frauenmuseum – Die Frau im Wandel der Zeit“ (Women’s Museum – The Woman Through the Ages), and became its managing director. In 1997, Evelyn Ortner died after a serious illness at the age of only 52. She left behind a Women’s Museum whose tasks and activities would deepen in the course of the next decades and would be networking worldwide.

Many women and also some men are in it from the very start until this day with eagerness, diligence and inspired by the same objective – often with a lot of volunteer commitment and willingness to make sacrifices in order to support the foundress during her lifetime and to maintain the Women’s Museum.

The Women’s Museum has specialized with its cultural and everyday history focus in women’s and gender history from the 19th century to the present day. The history of women’s images and roles is now documented and demonstrated under the aspect of gender as well as the gender classification of private and public.

Through the window of the narrative means “clothing, accessories and everyday objects” the following emphases developed in the course of time and social change:

Furthermore, the museum has developed into an interactive cultural center, which today, with many exhibitions on the most up-to-date topics, cultural events and interesting events, is a platform for encounters and exchanges for people of all ages from all cultures.